I mentioned a few months ago how I was gobbling up all of Jennifer Weiner's old stuff. The latest oldie I snagged from the library (FOR FREEEE) was Then Came You. At first I was a little up in the air about it because Weiner had FOUR narrators, and that can be a bit much. But honestly, it was seamless. She could have written a spin off novel about any of the four characters, I liked them all. Some more than others. Annie and India were definitely my favorite, but all around it was a great cast. These four women have very different problems. Jules is about to graduate from college and has been spending the last four years working towards a career that she doesn't really love, but will make her the money to help her dad recover and stay recovered from addiction. Bettina is the same age, however her dad is one of the wealthiest men in NYC. Her mother bailed on them when she was a teenager, leaving her and her father brokenhearted. Annie is an early twenties mother with two young sons who is constantly struggling to make ends meet with only her husband working. And now India. India is definitely the most complex character of the bunch. A product of a teenage pregnancy and a mother who never cared to love her, India made a life for herself by using older men for financial (and personal) security. Shit hits the fan when she meets Bettina's father, Marcus, they marry, and Bettina hires and investigator to dig up India's dirty past. 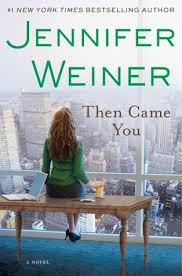