make it pink, make it green.

I adore Elin Hilderbrand, an author who lives on Nantucket and writes novels set on the island. I recently finished her latest, The Matchmaker and I instantly fell in love with the main character Dabney Kimball Beech, who has lived on the island her entire life and makes you want to go there and never leave. 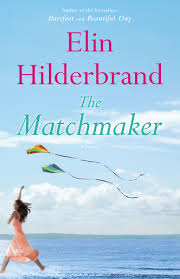 Dabney is the most likeable main character I have ever met, even with her flaws. She is considered the "cupid" of the island because she has set up 40+ couples and not a one has broken up (well except for herself, but I'll get to that in a sec). When she sees two people together she either sees an aura of rosy pink, or an ugly green fog. She's famous for being right about these things, not to mention she's the sweetest little thing which is why so many of her neighbors love her so much. Now at 48, Dabney is married to a man nicknamed Box and has been for 20 some odd years. Their marriage has been a good one, but there was always something keeping Dabney from giving her husband her full heart. Even though Box married her AND adopted her daughter, Agnes when she was a toddler, supported her and her daughter, and loved them both a whole lot. You see, the first couple that Dabney ever set up was her and a boy named Clendenin Hughes when they were fourteen. The rosy aura faded when he left after college, and she decided to raise her baby girl alone. Or so you'd think.

At the beginning of the novel, Dabney receives some news from the past... And I'll leave you at that, ensuring you that this is one the best novels of the summer. Hands down.
at Monday, September 08, 2014