what do you want to do before you die?

I have never created a formal bucket list. I simply decided around the age of twenty-two that I was going to start doing cool shit. I'm sure graduating from college had a lot to do with this life choice, and most of you can relate to that. The Buried Life was a television show on MTV several years ago. I don't know for sure if it's still on, as there are not enough hours in a day for a luxury like television...but basically four boys made a bucket list and completed said bucket list while driving around the country. During each episode, as they would check something off their list, they would help a stranger check something off of their bucket list also. The "bucket list" was basically compiled by all four boys, Jonnie Penn, Dave Lingwood, Duncan Penn and Ben Nemtin that included 100 mutual lifelong dreams. Number 19 on their list was to write a bestselling book...which brings us to, What Do You Want to Do Before You Die? that was released a few weeks ago. 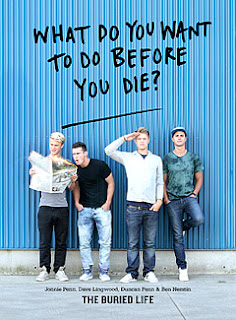 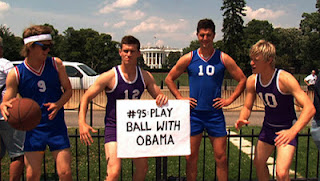 Basically, the book includes 150 real life people, their dreams and original illustrations and short stories of said people and dreams. This is not a book with a lot of words, but the pictures are creative and they say a lot. It gave me a few ideas to add to my "doing cool shit" list, the best one being, "before I die I want to be a voice in a Disney movie." I NEED to do this.  And for the record, I'd consider this collection to be more of a coffee table/bathroom read, one of my top five favorite genres.
at Friday, April 13, 2012