I finally finished my airport book! Those of you who pay attention know that my "airport book" is the bestseller that I pick up at the airport whenever I go on a trip, which is often. My Ireland airport book was Jane Evanovich's One for the Money, the first installment of her Stephanie Plum Novels which she began writing in the 90's. Loved the book, love that Katherine Heigel plays Stephanie Plum in the movie (which I have yet to see), and extremely excited to have another series to dive into this summer. 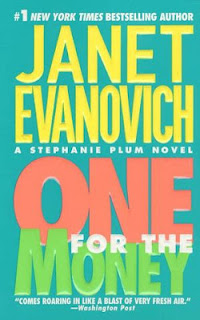 When I started the book, I didn't know ahead of time when it was set, and I don't believe it was mentioned specifically (correct me if I'm wrong), but the lack of cell phones and the frequent mention of spandex shorts made me think that it was in the 90's. I haven't read a book that was set in the 90's since I had gobs of big league chew and a slush puppie in hand, in the actual 90's. I gotta tell ya, I loved it.

Stephanie Plum lives in Trenton, New Jersey, and there is a ton of Jersey attitude throughout the pages, which I surprisingly enjoyed. Way better than reality television's version of these natives. Stephanie is recently unemployed and strapped for cash, (sounds familiar). She hooks up with her cousin Vinnie's (doesn't everyone have a cousin Vinnie?) bail bonding company. You know, when people who are out on bail miss their court dates, and the bounty hunters bring them in for a percentage of the bond? Well, Stephanie's first job, against every one's better judgement, is to bring in the one and only Joe Morelli, who shot a man and skipped out on a very high bail. She knew Morelli growing up, in more ways than two, and the majority of the story is about how much trouble Stephanie gets into trying to find him because she has absolutely no idea what she's doing. 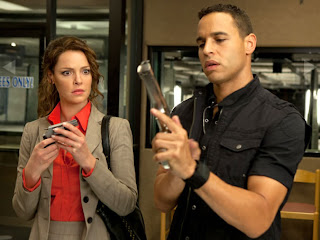 This book was not as easy breezy as I thought it was going to be. It was actually pretty violent and scary at times. Is it possible to be scary AND funny? I love Stephanie Plum's character, and she's way cuter than Dog the Bounty Hunter and Youngblood. 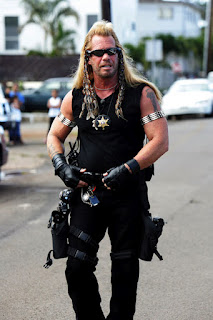