The Elusion series is a duology of fantasy/action/sci-fi/futuristic young adult novels written by co-authors Claudia Gabel and Cheryl Klam and are sure to spice up your reader's library. The series is set in a futuristic Detroit (which is a lot worse than present Detroit if you can imagine), narrated by sixteen-year-old Regan who, along with the rest of the residents of this city live with acid rain falling from the sky, forcing them to wear purifiers to survive everyday life. Many wish to escape their current reality, and before his unexpected death, Regan's father made an app for that. An app that transports you to exotic places, where you can find adventure and forget your troubles. Book one of the series, Elusion, is action packed while reader's follow Regan and her attempt find out what's really going on in the virtual world that seems too good to be true, because it is. 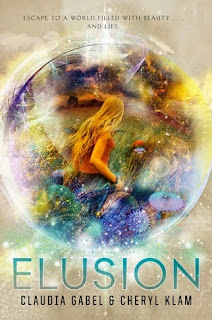 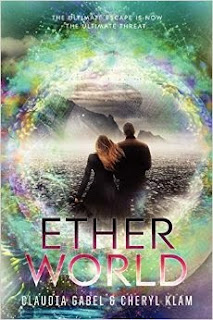 In book two titled, Etherworld, Regan and Josh (who she befriends in book one) are stuck behind the firewall in Etherworld, and are unable to fight Elusion. I am not going to go into a lot of detail as to not spoil book one for anyone who hasn't started this series. But there is more danger in Etherworld, more betrayal, romance and more to lose.
at Friday, May 15, 2015