american literary history that you haven't read yet.

Some of you may not have heard of "The Bohemian" movement in San Francisco in the 1860's that produced some of the most important authors in American history. Ben Tarnoff paints a vivid picture of this era and the early writing careers of authors such as Mark Twain, Bret Harte, Ina Coolbrith and Charles Warren Stoddard in The Bohemians: Mark Twain and the San Francisco Writers Who Reinvented American Literature. 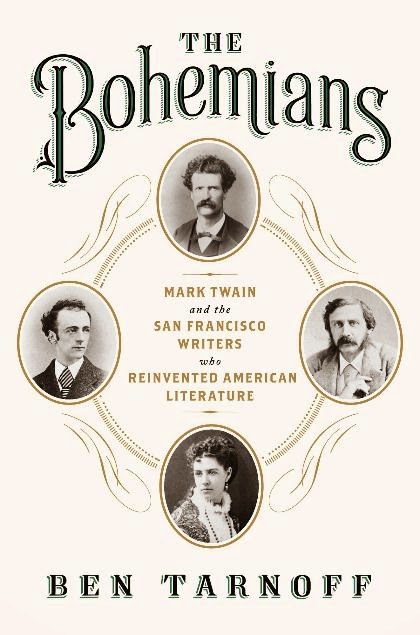 This book is a bit of a bio of these four authors, but it's also a profile of the city of San Francisco and touches on the country's struggle after the Civil War. As you can imagine, many pages are devoted to Twain because of his eventual worldwide fame. But let me tell you, it's not always pleasant.  Readers gets some major insight into how much an ass Twain actually was. As much as I like reading about Twain's dirty laundry, the best part of this book was each author's journey to a new style of writing and the detailed accounts of this city in this time period. It's as if San Francisco is Tarnoff's fifth main character.
at Thursday, May 22, 2014