Weeks after her husband of ten years moved out, Elle Brooks finds him dead on her couch. That's right folks, Elle comes home from a night on the town with her girlfriends to discover her estranged husband, Charlie stabbed to death. Elle doesn't think she killed him, but honestly, she doesn't know for certain as she has some short-term amnesia issues. This doesn't go over extremely well with the police and they consider her a primary suspect in the murder. 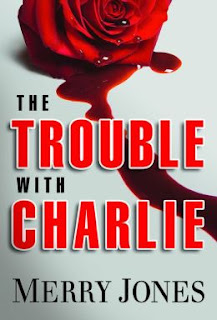 Elle decides to take matters into her own hands and do some background research on Charlie, in hopes to prove her innocence. The more she learns about her late husband's very recent past, the more dangerous her present becomes. Turns out Charlie was a first class cheater, and also had a lot of shady connections that Elle can't really explain until they start coming after her.

Give-a-way: For a chance to win a SIGNED copy of this novel, simply follow this blog AND send your name, address, and this book title to: jenileerose@yahoo.com!