forgiveness found in a cottage by the sea.

To me, author Robin Jones Gunn is most famous for The Christy Miller series, which I could not put down in my early teens. I've been out of the Christian Fiction game for a while, but decided it was absolutely necessary for Gunn and I to rekindle our flame. Her latest, Cottage by the Sea is an emotional story of a woman rebuilding the relationship between her and her recently ill father. Erin drops everything in her busy Southern Californian life to travel to coastal Oregon to take care of her dad who just had a stroke. Although he cannot speak and her ugly stepmother splits under the pressure, Erin stays. She doesn't put him in a nursing home, she doesn't resent him for interrupting her life, she stays. Although it's not easy, the two of them reconnect, and even a girl with daddy issues can see the beauty in a story like this. 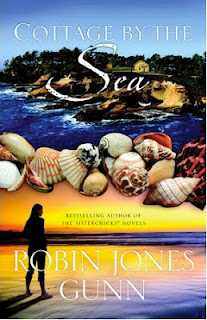 Setting wise, I loved this novel. Having traveled to the Oregon coast before (which is gorgeous), it made Gunn's descriptions even more vivid. And I may not have a cottage by the sea, but I do have a cottage by Ontario Lake, which is almost just as good, minus the smell. I was there for the week of the 4th of July, before the craziness of summer school began. Relaxing, kayaking, painting and running. Not a care in the world. My parent's cottage is actually in a campground called Lighthouse Christian Camp, and no, the place did not get struck by lightening when I arrived. God and I have an understanding. In all seriousness though, it's a really charming place. Everyone there always waves to each other and small children run around like no one will steal them. Pretty idyllic. 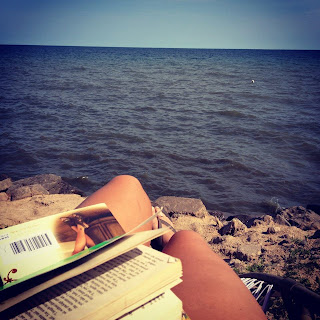