a fine piece of baseball writing.

My favorite time of year has begun, baseball season! I am a born and raised, die hard Yankees fan. It’s in my DNA. For the past couple of years I’ve been trying to make it to a couple of games a season. Now that I’m shacking up once a month with the manfriend in Queens, it’s much easier to catch a game. We are actually planning on going to the Subway Series. Yankees vs. Mets in June, very exciting stuff going on people. 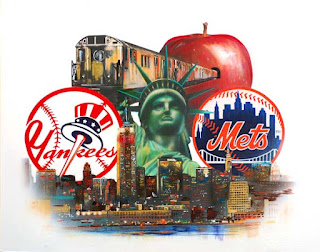 Speaking of the Mets, R. A. Dickey (with the help of Wayne Coffey) released his biography at the end of March titled, Wherever I Wind Up: My Quest for Truth, Authenticity and the Perfect Knuckleball. For those of you who are unaware, Dickey is currently a starting pitcher for the New York Mets. Not only is he one of the top starters in his league, he is also a husband, father, and hardcore Jesus fan. Dickey writes openly about the obstacles he has faced in his career and personal life. Fourteen years ago, right before he signed with the Tigers he found out that he had no ulnar nerve in his right arm. His signing bonus instantly dropped from 800k to 80k, just like that. His career started off pretty rough, but he has found real success with the Mets. I would like him better had he not gotten all depressed when shit hit the fan, and cheated on his wife. Ah well, it is a biography about redemption after all. And if she can forgive him, so can we. I’m crossing my fingers, hoping I get to see him pitch in June. 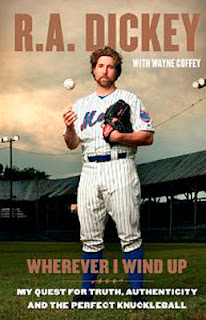