"Something Borrowed" by Emily Giffin is rumored to be a kick ass book, and in this case, believing what you hear is perfectly acceptable. Now, if you have heard that "Something Borrowed" was a kick ass movie...well whoever is spreading those lies clearly did not read the book and/or has terrible taste. Loved the actors, hated the multiple alterations in the storyline. If I were Emily Giffin I would cut someone, but whatever, the book rocked. 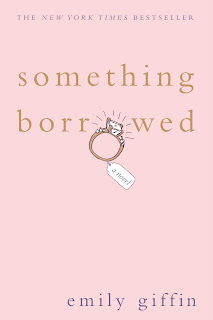 The literary "Something Borrowed" has two-main-best-friends-since-childhood characters, Rachel and Darcy. Rachel is cute, smart, quiet and likable. Darcy is pretty, outgoing, full of herself and obnoxious. These two have been "competing" with each other since they were kids. Darcy was always a conniving little biotch, and Rachel always kept her mouth shut about it. Now, they are in their late twenty's, living in New York City. Rachel is a lawyer, working herself to death at a firm and hates her job. Darcy is a public relations success, a job she got on a whim because she is pretty and confident, and those types usually get what they want out of life (until they get old and ragged, but that takes time). 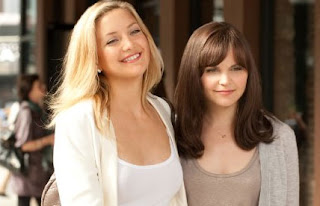 Darcy is engaged to Dex, who she met through Rachel, who met him in one of her law school classes. Rachel and Dex played the "I don't know how to make a move, but I think you're cute and you smell good" game, until he met Darcy. Since Rachel blessed it, the two dated for a few years and now Dex and Darcy are engaged. The book opens on Rachel's 30th birthday party, where Darcy proceeds to get white girl wasted, steals the show (as usual) and is put to bed early. Dex and Rachel get a drink together after the party, and they wake up in Rachel's bed the next morning; freaking out, but not actually freaked out because Dex wasn't exactly drunk and Rachel knew exactly what her drunk birthday lady bits were doing. 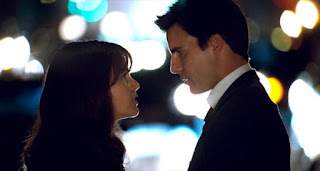 Email ThisBlogThis!Share to TwitterShare to FacebookShare to Pinterest
Labels: Books to Movies