sure to satisfy fans.

In Benjamin Black's seventh novel in the Quirke series, Even the Dead, my favorite Irishman's recent blackouts puts him on the injured list. No work, no booze. Not that he'll abide by doctor's orders. 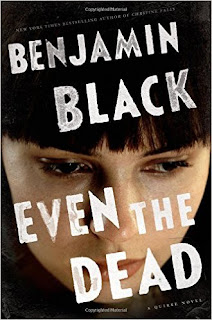 An automobile "accident" occurs that results in a fiery one-car crash, leaving a young man dead breaks Quirke's convalescence. Suspicions of foul play drives him back to work in an advisory role. But when his daughter Phoebe is approached by the deceased's pregnant girlfriend, Quirke discovers this murder has more to do with his own past than he ever cared to revisit.
at Friday, May 20, 2016