for the visual gamers.

Although I am a non-gamer, I do think the Batman Arkham series is pretty cool. This gaming series began in 2009 and was significantly influenced by the DC Comics. There are storylines and everything, each ending with Batman saving the day, if you're a good enough gamer that is. 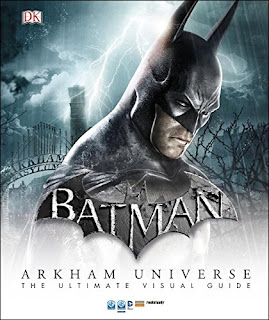 Enter Batman: Arkham Universe by Matthew Manning, a visual guide that is to work as a companion for those who enjoy the Arkham series. Manning gives fans an inside look into the Arkhamverse, with cool images and fun facts on the characters you will come across while gaming. Now when your mom kicks you off your Xbox and tells you to pick up a book, you'll have it covered.
at Thursday, October 29, 2015