behind every great man...

Abraham Lincoln is in my family tree. Don't be jealous, I bet if you looked far enough back you will find someone cool in your family tree as well. But since we are basically cousins, I have a soft spot for any historical books based on Lincoln, the latest being, Lincoln's Boys: John Hay, John Nicolay, and the War for Lincoln's Image by Joshua Zeitz. 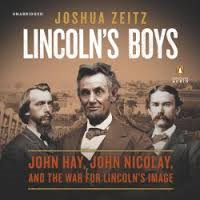 For those of you (like me) who are not super familiar with John Hay and John George Nicolay, the first part of the book will catch you up on their lives. Their youth is written separately, they were both writers and they came to become part of Lincoln’s inner circle after his election in 1860 as his official secretaries. Honestly, this book is more about Hay and Nicolay than President Lincoln himself, which works because they were the closest people to him other than his family. They helped shaped Lincoln into the kind of president he was. The kind of president who was remembered so fondly. They were kind of like Lincoln's Olivia Pope. And continued to support his memory after his death. Zeitz created a readable and engaging bio that I found very enjoyable to read. 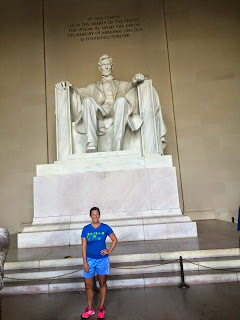 I was able to visit the Lincoln Monument for the very first time in DC a few weekends ago. It was extremely cool being in our nation's capital. Especially so close to Memorial Day. So much history.
at Monday, May 25, 2015