and what a story to tell.

Normally I dive head first into a Jodi Picoult book and I don't come up for air until the last page. The Storyteller was a little bit different. Not necessarily in a bad way, it just took me longer to figure out where Picoult was taking me. She begins the novel with a girl named Ania who lived in a village that seemed very much in the past. Then she moves on to Sage, a baker who attends a grief share class because she's lost both of her parents, and is having a really difficult time getting over her mother's death which happened three years ago. Sage has some major issues with her appearance, scars on her face that she tries to hide by being a night shift baker and growing her bangs over her face. She meets Jossef, a seemingly gentle old man who also attends the class, and they become friends. The friendship comes to a bit of a halt when Jossef tells Sage that he was a Nazi. Like, a sent people to the gas chambers kind of Nazi during WWII. Next, Jossef asks Sage to kill him. Her family is Jewish, and Jossef thought he could get some peace from her forgiveness and an assisted suicide type of deal. Sage runs off to the FBI Nazi hunters and then Picoult gets to the real story. Sage has a grandmother named Minka who is a survivor. She was actually in Auschwitz, and horrible things happened to her and her family. It's Minka's story (and Ania's, too) that made this a worthwhile read, as Minka IS the storyteller. 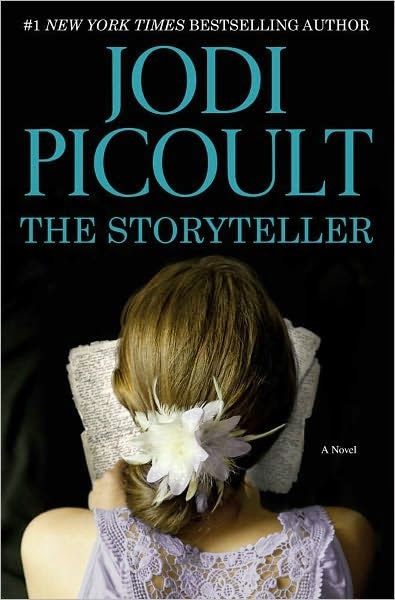