Happy Halloween! Today I was a ballerina, or a fairy, or a princess. Whichever my students preferred. I was one of the three teachers who dressed up at my school. I think this makes me extremely hip, and I think you all can agree. 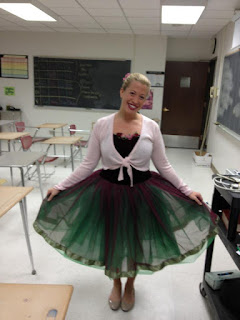 For the occasion, I thought I'd review the very popular, spine tingling, Alan Gregory Series, which began in 1991, and is finally coming to an end with Line of Fire. The good news is that Line of Fire is only the first of the TWO-part conclusion. For those of you who live under a rock, Stephen White has written eighteen books, set in Boulder, Colorado, which will be on everyone's "to see" list once they dip into this collection. If you have yet to start your addiction to these unforgettable novels, you better catch up!

Line of Fire
(2012)
The first of the dramatic two-part conclusion to the bestselling Alan Gregory series.

The Siege(2009)
Sam Purdy finds himself in the middle of a kidnapping on the Yale campus.

Dead Time
(2008)
Alan's former wife, Merideth, asks for his help, dragging him into a complicated mystery that reaches back years.

Dry Ice
(2007)
One of Alan's former patients is back for revenge — and nothing will ever be the same.

Kill Me
(2006)
What if you could choose when to die? But once you decide you can't change your mind. Ever.

Missing Persons
(2005)
Alan Gregory finds his own colleague dead while one of her patients goes missing from Boulder on Christmas Day.

Blinded
(2004)
This Alan Gregory novel is about the bonds that hold men and women together and the betrayals that tear them apart.

The Best Revenge
(2003)
What price do we pay for keeping secrets—even from ourselves?

Warning Signs
(2002)
The brutal slaying of Boulder's controversial D.A. strikes deep in the heart of everything Alan Gregory holds dear.

The Program
(2001)
Kirsten Lord and her nine-year old daughter accept the Witness Protection Program's offer to hide them in Boulder.

Manner Of Death
(1999)
Alan's former colleagues' deaths are not occurring from natural causes. Who is targeting them?

Critical Conditions
(1998)
Alan is called in after Sam Purdy's 15-year-old niece attempts to end her own life.

Remote Control
(1997)
Lauren's friend Emma Spires is the target of a stalker. Can Lauren help save her?

Harm's Way
(1996)
The murderer of Alan Gregory's neighbor may be the work of a serial killer.

Higher Authority
(1994)
Lauren Crowder is thrown into a maelstrom of violence in a case of sexual harassment involving the Mormon church.

Private Practices
(1992)
Alan gets caught in the middle when two seemingly "accidental" deaths occur to a pair of grand jury witnesses.

Privileged Information
(1991)
One of Alan's patients is found dead and her diary describes her sexual obsession with Alan—and his willing involvement.
Winter will be here before we know it folks, and now you have some fabulous reading options to hibernate with. You're welcome. ﻿
at Wednesday, October 31, 2012