The recipe for the perfect novel: A base of historical fiction, which most of you love. Throw in some romance for you saps. Add a pinch of espionage and a faster pace for the ones who prefer to be on the edge of their seat....and WALLAH! You have Lauren Willig's Pink Carnation series (see The Orchid Affair and The Mischief of the Mistletoe also). 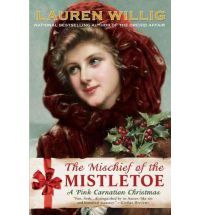 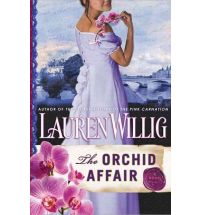 The latest installment of the series, The Garden Intrigue is set in 1804. Our heroine is New York born Emma Delgardie and she is living in Paris, France. As a young widow, Emma enjoys the Paris salons and an intimacy with Napoleon Bonaparte's inner circle. Our hero, Augustus Whittlesby has been in deep undercover in France for over a decade. He's been there for so long, he's no longer considered as a threat to Napoleon. It is only when Augustus is forced to spend time with Emma when he needs to get an invite to Malmaison that a relationship develops and the real story begins. 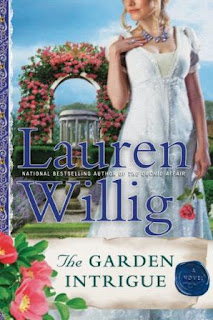 The close look at the home life of the French characters and the historical details of American involvement in French politics at this time was such an interesting aspect of this historical novel.
at Sunday, March 04, 2012