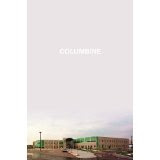 If "Columbine" by journalist and author Dave Cullen were just a shot-by-shot account of the mass murder at a Colorado high school, this book wouldn't be worth shit. We all were alive in America on April 20, 1999 and are well aware of Eric Harris and Dylan Klebold and how they shot and killed 12 students and a teacher, wounded 23 others, and then put their rifles to their heads and killed themselves. We've all heard the story of the girl who, seconds before she was shot, looked the killers in the eye and told them she believed in God. We've heard about the "Trench Coat Mafia" and the violent video games. We all know that Harris and Klebold were social outcasts who, angered by incessant bullying, decided to get even by staging the biggest massacre ever at an American high school.
What if all of that was not true? What if most of it wasn't? Personally, I hate the story of Columbine. It's sad, and makes me feel bad, and lets be real, who wants to feel bad? I wouldn't have even gave this one if I didn't hear that Cullen investigated the teens for TEN years, and found out things that were much more frightening then what we have been told.
There is much more to this story. I promise you. Whoa, look how serious I just was.
at Wednesday, April 15, 2009